Deprecated: strripos(): Non-string needles will be interpreted as strings in the future. Use an explicit chr() call to preserve the current behavior in /home/mycolleg/public_html/blog/ipinfo.php on line 155
 Top 5 best universities in the world (2021)

Below are 5 of the best universities in the world right now according to several sources.

Massachusetts Institute of Technology (MIT) is a private land-grant research university in Cambridge, Massachusetts. The institute has an urban campus that extends more than a mile (1.6 km) alongside the Charles River. The institute also encompasses a number of major off-campus facilities such as the MIT Lincoln Laboratory, the Bates Center, and the Haystack Observatory, as well as affiliated laboratories such as the Broad and Whitehead Institutes. Founded in 1861 in response to the increasing industrialization of the United States, MIT adopted a European polytechnic university model and stressed laboratory instruction in applied science and engineering. It has since played a key role in the development of many aspects of modern science, engineering, mathematics, and technology, and is widely known for its innovation and academic strength.

The total cost of attending MIT is approximately $73,160, check the breakdown below.

Images of MIT university below: 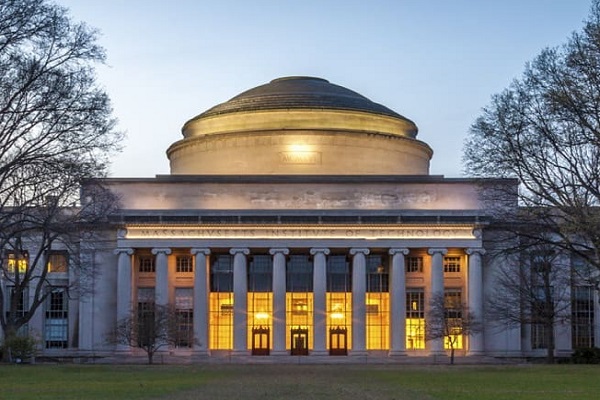 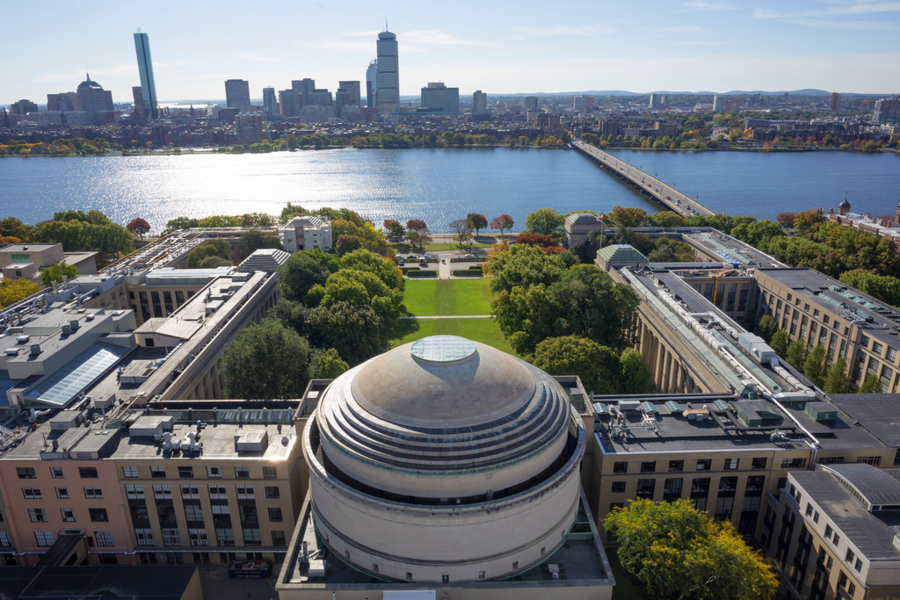 Stanford University (officially Leland Stanford Junior University) is a private research university located in Stanford, California. Stanford was founded in 1885 by Leland and Jane Stanford in memory of their only child, Leland Stanford Jr., who had died of typhoid fever at age 15 the previous year. Stanford was a U.S. Senator and former Governor of California who made his fortune as a railroad tycoon. The school admitted its first students on October 1, 1891, as a coeducational and non-denominational institution.

The table below shows the cost of attending Stanford University

Images of Stanford university below: Harvard University is a private Ivy League research university in Cambridge, Massachusetts. Established in 1636 and named for its first benefactor, clergyman John Harvard, Harvard is the oldest institution of higher learning in the United States and among the most prestigious in the world.

Tuition Charges and cost of attendance on official website: https://www.gse.harvard.edu/financialaid/tuition 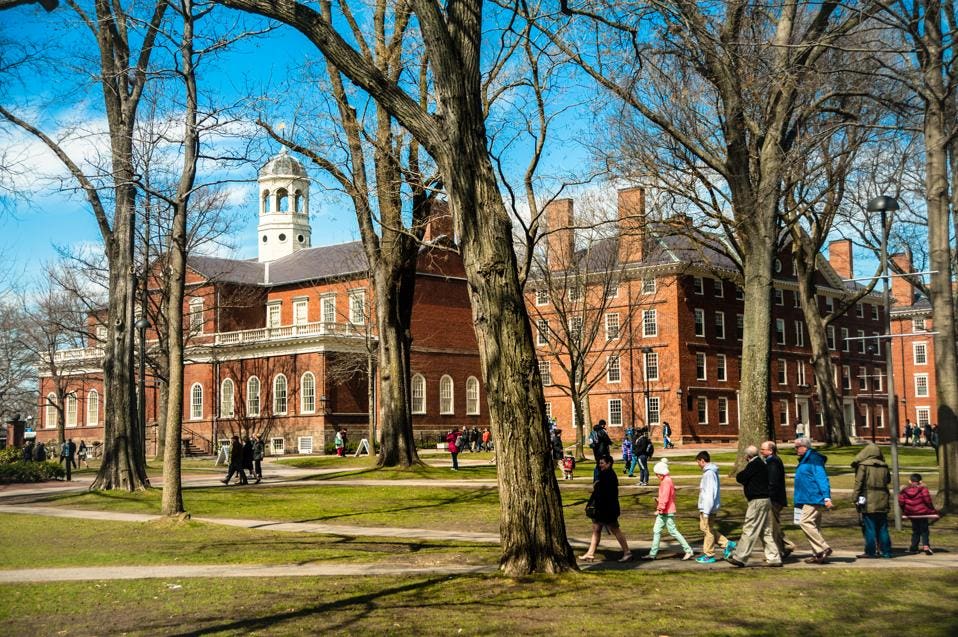 The California Institute of Technology (Caltech) is a private research university in Pasadena, California. The university is known for its strength in science and engineering, and is one among a small group of institutes of technology in the United States which is primarily devoted to the instruction of pure and applied sciences.

Caltech was founded as a preparatory and vocational school by Amos G. Throop in 1891 and began attracting influential scientists such as George Ellery Hale, Arthur Amos Noyes and Robert Andrews Millikan in the early 20th century. The vocational and preparatory schools were disbanded and spun off in 1910 and the college assumed its present name in 1920. In 1934, Caltech was elected to the Association of American Universities, and the antecedents of NASA's Jet Propulsion Laboratory, which Caltech continues to manage and operate, were established between 1936 and 1943 under Theodore von Kármán.

The total estimated cost of attendance is around $77,718

Full breakfown of cost below:

i) 58 Caltech faculty and alumni have received a National Medal of Science
ii) 90% of undergraduates participate in research
iii) Caltech currently has 7 Nobel laureates in residence
iv) Caltech has a 3:1 student-faculty ratio
v) Caltech has more than 24,000 living alumni
vi) Caltech is the largest employer in the city of Pasadena
vii) Caltech manages JPL, a leader in robotic exploration of the solar system, for NASA
viii) Caltech runs the Palomar and W. M. Keck observatories
ix) Caltech's Seismo Lab is the preeminent source for earthquake information around the world
x) Computer science is Caltech's most popular major
xi) JPL is currently operating 25 spacecraft missions
xii) JPL's Voyager spacecraft have journeyed to the outer planets and beyond
xiii) Researchers at CAST explore the state of the art in autonomous systems
xiv) Scientists at JCAP seek to create scalable technologies for renewable fuels
xv) The Caltech Science Exchange explains the science and engineering of earthquakes
xvi) The Curiosity Mars rover has been exploring the Red Planet for seven years
xvii) There are more than 650 postdoctoral scholars on campus and at JPL
Images of CALTECH 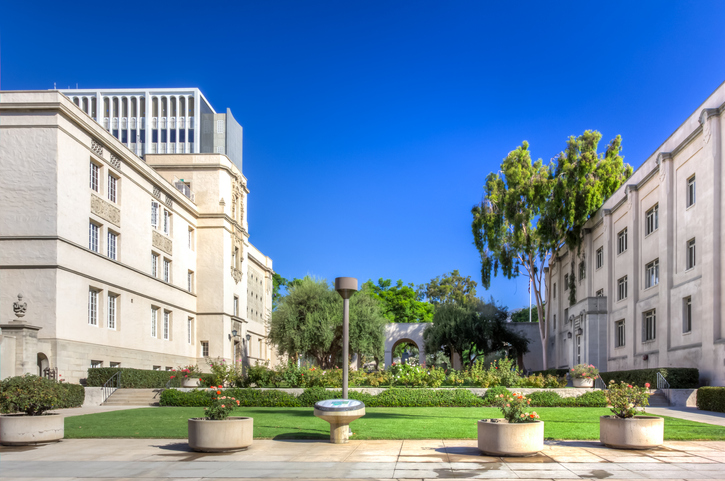 The University of Oxford is the oldest university in the English-speaking world, the world's second-oldest university in continuous operation and number one amongst the foremost prestigious educational establishments in the world. It grew apace from 1167 once Henry II banned English students from attending the University of Paris. When disputes arose between students and Oxford townsfolk in 1209, some academics fled north-east to Cambridge where they established what became the University of Cambridge. The 2 English ancient universities share several features and are typically together referred to as Oxbridge.

The university is made up of 39 semi-autonomous constituent colleges, six permanent private halls, and a range of academic departments which are organised into four divisions. All the colleges are self-governing institutions within the university, each controlling its own membership and with its own internal structure and activities. All students are members of a college. It does not have a main campus, and its buildings and facilities are scattered throughout the city centre. Undergraduate teaching at Oxford is organised around weekly small-group tutorials at the colleges and halls – a feature unique to the Oxbridge system. These are supported by classes, lectures, seminars, laboratory work and occasionally further tutorials provided by the central university faculties and departments. Postgraduate teaching is provided predominantly centrally.

The graduation rate of University of Oxford is 99.51% (bachelors).

Your fee status is based upon where you usually live, your nationality, and in certain cases, the level of any previous study. If you are from outside the UK/Republic of Ireland, you will be classed either as an ‘Overseas’ or 'Islands' student and you should be aware that you will not be eligible for a tuition fee loan from the UK government. If you are an Overseas student, you will be charged a significantly higher level of course fee, which will vary according to your programme of study.

Inages of University of Oxford